Chronicling Europe & The Baltics 2018 – The Views of Tallinn 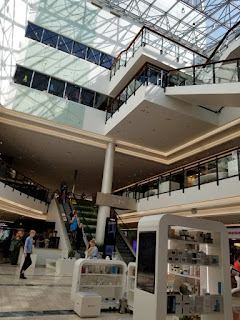 The theme for this year’s cruise was Scandinavia and The Baltic because of the ports of call we would be traveling to. Many of us, who have cruised with Dave Koz and Friends at Sea before, joke that this is more than a terrific way to travel. It is a process from beginning to end that makes dreams come true. I’d never heard of the city of Tallinn but was familiar with the country of Estonia.

Situated along the coast of the Baltic Sea, Estonia is one of three countries that had at one time been a part of the Soviet Union. Today, it is an independent nation which is also a part of the European Union. One of the first things that I noticed, on the chilly morning of our arrival, was the combination of historical and modern structures.

Established as the capital city in medieval times, Estonia is beautiful. Quick commutes to virtually any part of the city makes it convenient for tourists with strict schedules. We visited some of the important attractions and landmarks in the area. These included Old Town, Pirita, and Viimsi. Imagine my surprise when we went in search of a cappuccino and found a fully functional and expansive shopping mall.


The Strawberry Crème Cappuccino was absolutely delicious but it was soon time to return to the ship. Norman Brown, Jonathan Fritzen, and Marcus Anderson were on the lineup for the selection of jazz venues on board and we were ready to enjoy them! 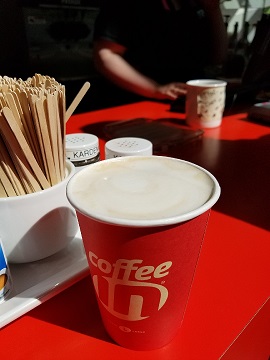 Is Writing Your Passion? Publish!

Add to Education by Building Skills

See the World through Travel! Dress for Spring with AMAZON Colors!